The Importance of Hope in Mental Health 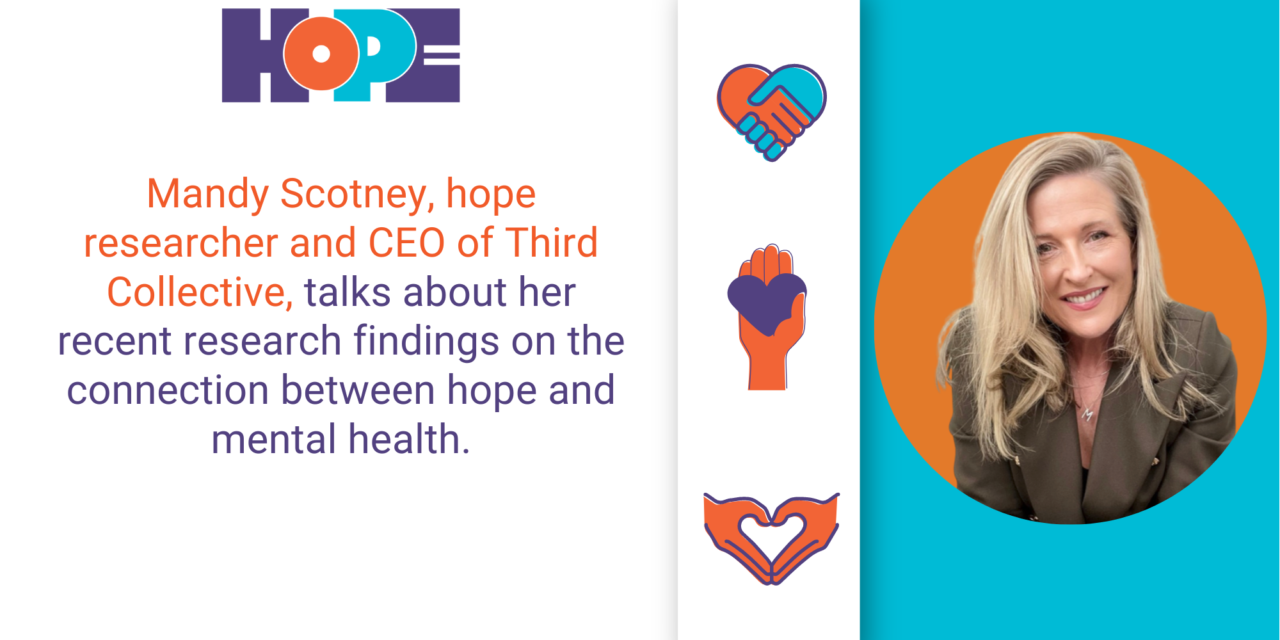 In uncertain and difficult times hope can be a protective and powerful tool. But in order to make the most of the power of hope, we need to understand it. We recently met with Mandy Scotney, hope researcher and CEO of Third Collective, to discuss her recent research findings on the connection between hope and mental health.

Defining Hope: What is it?

Hope can be broadly defined as a combination of the desire for something and the expectation of receiving it.

It’s a complex idea and much has been written about hope across a broad range of disciplines, including philosophy, theology, and psychology. In psychology alone, it’s been said that there are 49 different definitions of hope, 7 different hope “dimensions”, and 32 scales that have been developed to measure it.

One of the most popular ideas of hope is the ‘Hope Theory’ which has been used in positive psychology since the early 1990s. 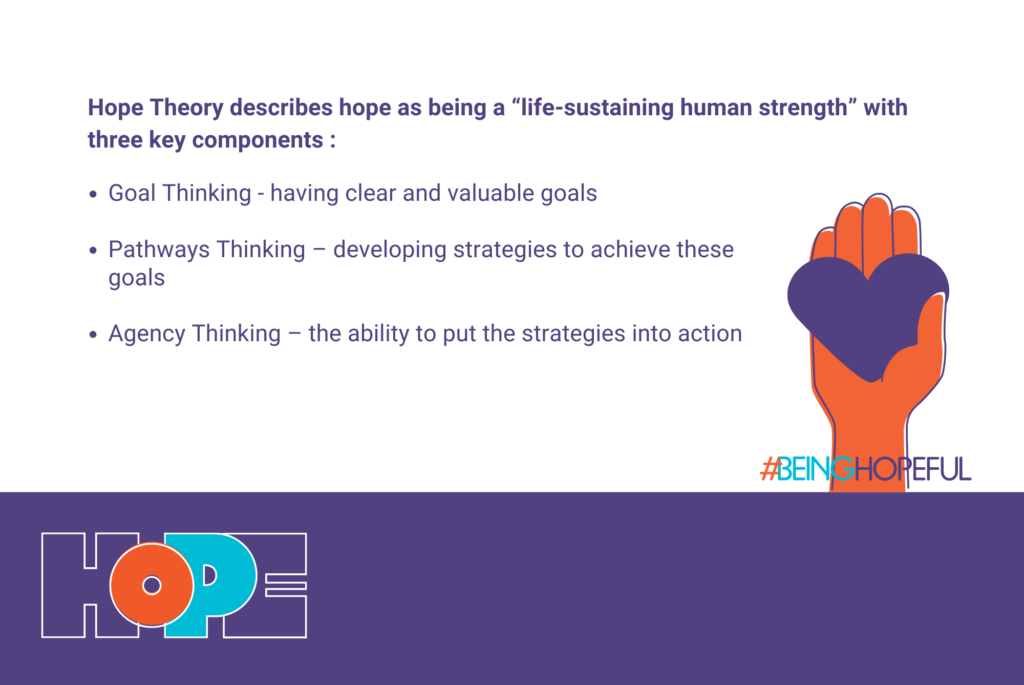 Hope Theory tells us that even when faced with tremendous challenges, hope can produce a mindset that is grounded, optimistic and protective against depression and other forms of mental distress. Hope can inspire us to draw on our capabilities and resourcefulness to create change.

Mandy says that she was inspired to understand more about hope for those working to solve one of the world’s most pressing problems – climate change. What was particularly interesting for her was that for those working at the frontline of any of the world’s pressing problems, it can feel like there is very little ability to put strategies into action to create the desired change when there are so many other forces at play.

So, how do we experience and cultivate hope in situations where we can feel powerless and unable to effect change?

Here’s a summary of what she found:

Hope is a little like the tide. It ebbs and flows – it isn’t constant and we shouldn’t expect it to be.

The research showed that a sense of acceptance that some days we are full of hope, and other days ‘not so much’, builds resilience and the capacity to keep moving forward. Especially in times of uncertainty, despair, or when confronted with difficult challenging problems that feel too big to solve.

Mandy says “Don’t be surprised that you’ll have days where hope feels elusive. Accept that we all have days like that and know that it’s not permanent – hope will flow again one day.”

“You can find hope in despair”

According to Mandy, the common message about despair we hear is that it should be avoided at all costs. Just like Hope despair ebbs and flows and isn’t permanent no matter how heavy it feels.

Of course sitting in despair is never an easy place to be or somewhere we want to stay for long. However, Mandy’s research showed that hope and despair sit on a continuum with constant movement between the two and a conscious balancing of the two ends of this continuum is important in a helpful and healing approach to hope.

The results also showed that whilst participants in the study invested considerable energy into avoiding despair, they also acknowledged that it was the presence of despair that powered their actions.

“Despair is not something to be avoided, but rather something to be managed. Participants do not shy away from acknowledging the facts or allowing themselves to face the potential for despair that their work involves. Instead, they use it as a springboard for action. Despair then becomes an ally of hope.”

“Hope is a collective experience”

The research demonstrated that through community, stories of hope are shared, amplified, gathering force and momentum. Yet so often we make hope the responsibility of the individual.

Mandy says that the key to fostering hope as a tool to maintain well-being and mental health is creating collective experiences. Through community, we can come together, share stories, and inspire each other  – and collectively build our hope.

For more than 30 years, Being has been a wonderful testament to the collective nature of hope.

“Hope tells us to pay attention to our well-being”

Often when we talk about hope in mental health we hear that it is hope itself that creates a sense of well-being. However, Mandy commented that her research showed that participants focused on their well-being in order to fulfil their hope of making a positive difference in the world.

A sense of purpose and the belief in making a positive difference outside ourselves can motivate us to pay attention to our well-being and do the things we need to do to keep us healthy and well. Mandy suggests that at times when hope feels elusive, or when well-being is low, finding (or connecting with) a sense of purpose (no matter how small), can help to move us away from the despair end of the continuum and find the fuel to keep ourselves well.

However, the research also shows us that an experience of hope that supports well-being must also be grounded in an acceptance of reality and not illusory beliefs. Rather than trying to change the world or even just change another person (both of which are impossible tasks), keeping our hopes contained to things where we have the power to act and make an impact can be most useful and prevent a quick spiralling towards despair.

A sense of acceptance of how things are, having a vision of a better world, and focusing attention on those areas we can facilitate that change, are the cornerstones of a hope that can be a driving force of self-care and well-being.

The research shows just how pivotal hope is to mental health, and not just in the ways we originally thought.

Thank you to Mandy for sharing her research and findings with us as part of our #BeingHopeful campaign. 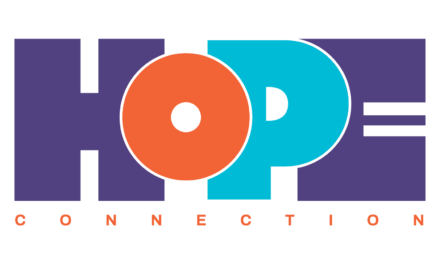 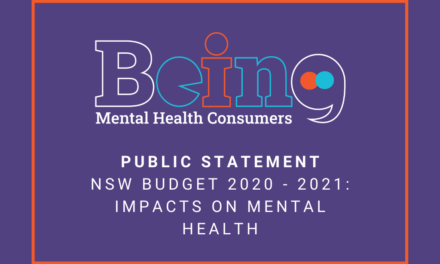 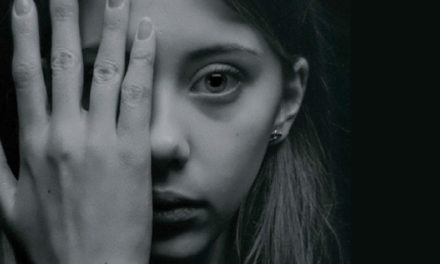 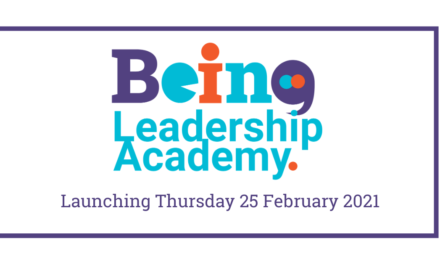